Welcome to Sheffield's three dimensional art scene. It is a rich scene with over 225 pieces to find, look at and enjoy. But, all are public artworks and freely on show, some commissioned to enhance a new space, some to commemorate events but all to champion the culture of our City.

Sheffield seemed to step up with its policy on public art from the 1980's onwards but it always came down to the money available in the end. By the 1990's the city adopted a " per cent for art " policy. This is where new investors and developers were required to pay for the sculpture in return for being given planning permission. This policy never really worked as it meant they did not necessarily have their " heart " in the project . Barnsley did much better by aligning itself with the Yorkshire Sculpture Park and perhaps we have missed an opportunity here as we look at Chatsworth House Park and the current Duke of Devonshire's passion for sculpture.

The council were looking for a way forward and a new millennium saw a new approach begin in the Peace Gardens. It was an integrated approach with a themed link to Sheffield. It's name is " Cutting Edge " and a number of sculptors were involved. In the gardens itself the main feature is the very popular fountain a definite must with wedding parties and kids. All around is carved stonework, special designed ceramic tiles, seats, and even litter bins. Bollards shaped like the top of a knife and benches with carved cutlery all enhance the theme. " Rain " by Colin Rose are nine metal spheres of differing sizes and sited between the Peace Gardens and the Winter Gardens are now the standard design throughout the city centre and are woven firmly into the fabric of our steel heritage. 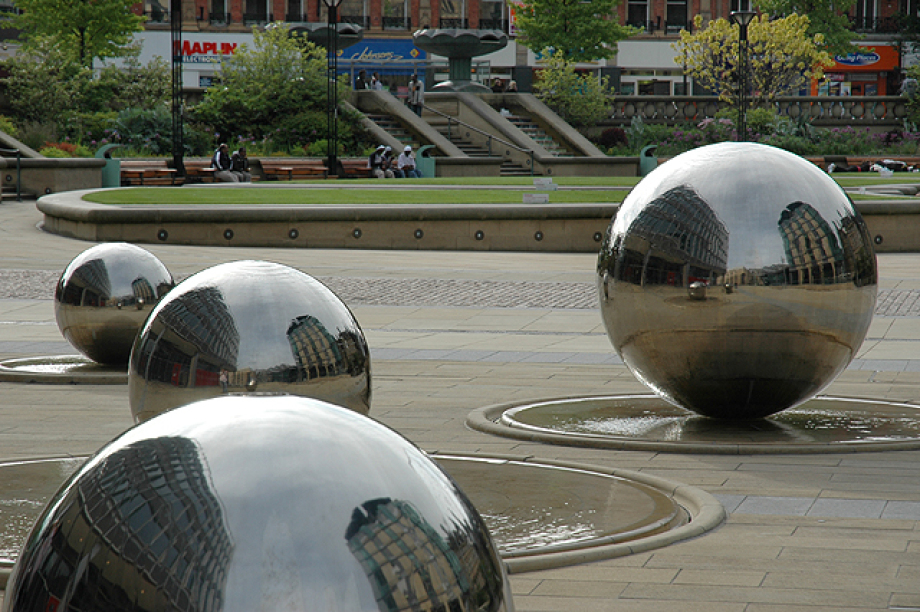 People like it, especially The Cutting Edge itself - a large, curved sheet of metal outside the Sheffield Railway Station. They never planned for it's waterfall effect but worried it would get covered in graffiti , came up with the water solution. I noticed that lately the water is running again after a couple of years of its own Covid shutdown, and it is also beautifully lit in the evening.

In recent years maintenance work has been covered by a sum paid upfront to guarantee lifetime costs but not full restoration.

During the Regency period, Sheffield born and bred Sir Francis Chantrey had a remarkable career. He was the son of a tenant farmer turned carpenter. His father died when he was 12 and he took up an apprenticeship with a wood carver and gilder in the City. Buying himself out of his indenture he took up portrait painting then sculpture and established a reputation with his bust of Horne Took which was exhibited at the Royal Academy in 1811. Chantrey was elected RA in 1818 and knighted in 1835 and ranks as one of the greatest english sculptors with a natural talent. His bust of Revd James Wilkinson can be found in the Cathedral along with Thomas and Elizabeth Harrison down the south aisle. Chantrey died suddenly aged 60 and his body taken to his birthplace at Norton to be buried as instructed, and where you can see the a simple obelisk erected in his memory.

A more modern sculptor with many pieces of artwork in Sheffield is Vega Bermejo Castelnau. Vega was born in Leeds in 1962 and a trans artist with a wide reputation all over Europe. You can see her Heron & Fish in the Canal Basin, the 1992 Marble Players at Meadowhall and the Sleeping Cat. Her work is typically carved in stone and often based on animals and people and characters in children's stories. She worked in Sheffield in the late 1980's and early 90's and had a solo exhibition at the Mappin Art Galleryand at the Graves in 1990. Since then she has been largely based in Spain. 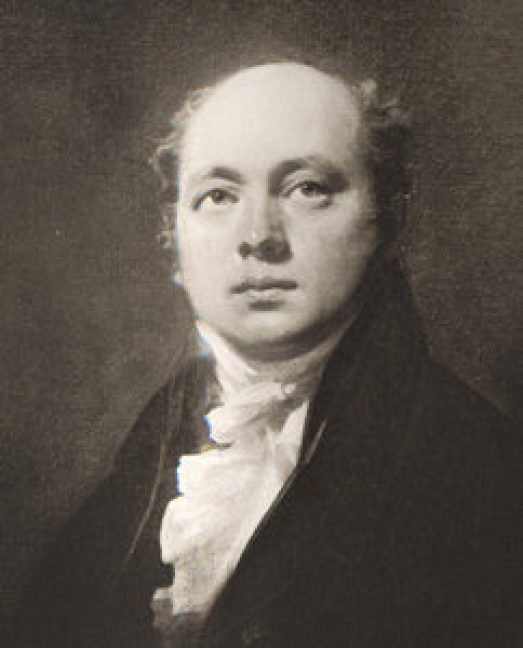 We cannot talk about public art in Sheffield without mentioning the work of Keith Hayman and his annual design award which is a significant contribution to the public realm. After a break with Covid the winner for 2022 is " Hemispheres " a piece by Owen Waterhouse to be found on Green Lane, Kelham. 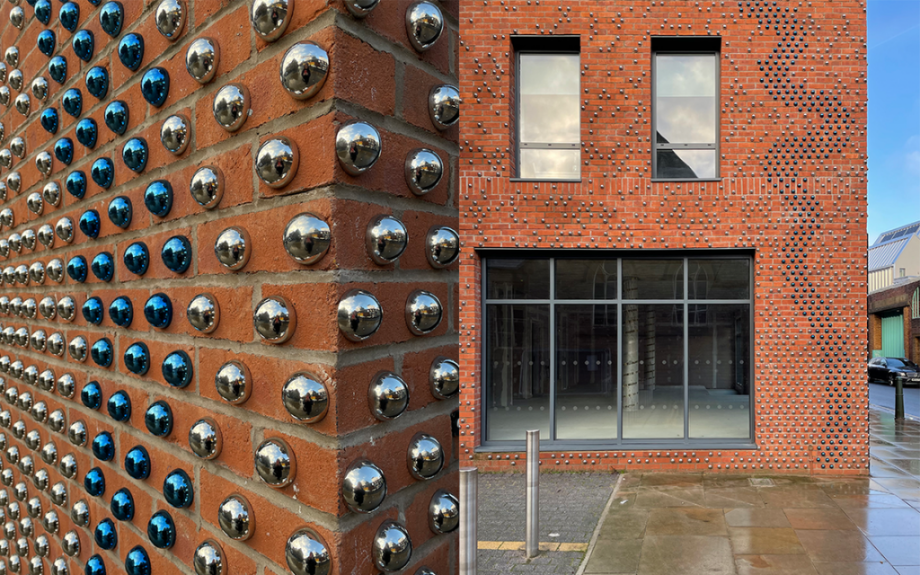 Other pieces under consideration in the past were The Workings of Sheffield, a mural by Will Rea found in Orchard Place if you look up. Another is the Great Sheffield Flood a sculpture/relief at Malin Bridge and the Growing City on Brown Street designed by Jo Peel and Nigel Dannot. An astonishing is the giant stainless steel panda commissioned by Hatch Architects and in New Era Square. 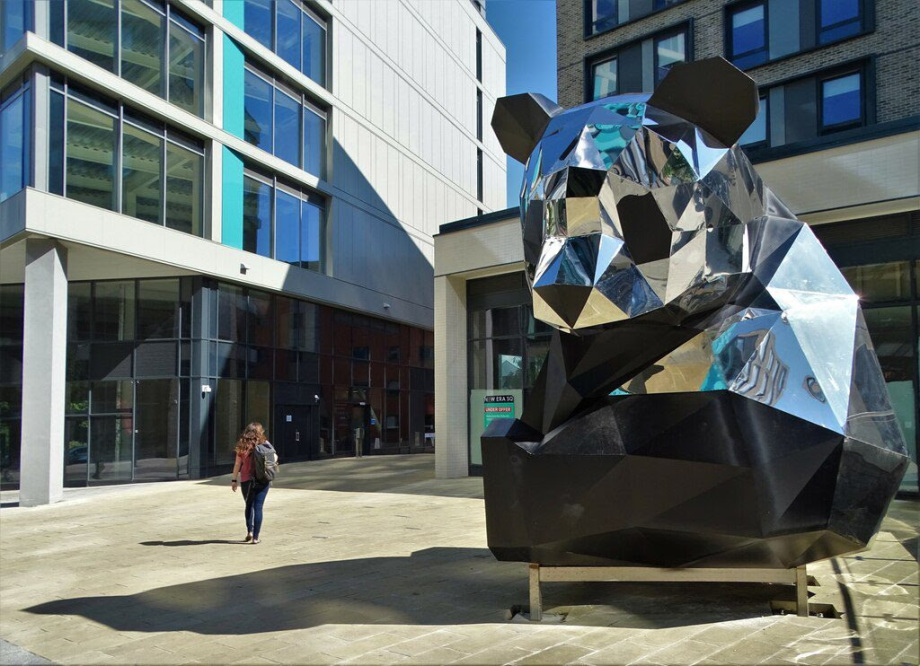 Public Art does so much to brighten up and enliven our city and it is important to recognise its contribution. If you value it and want to help preserve it please see the new initiative put forward by SVAG along with Wessex Archeology.  It is open now and we would love to hear from you.